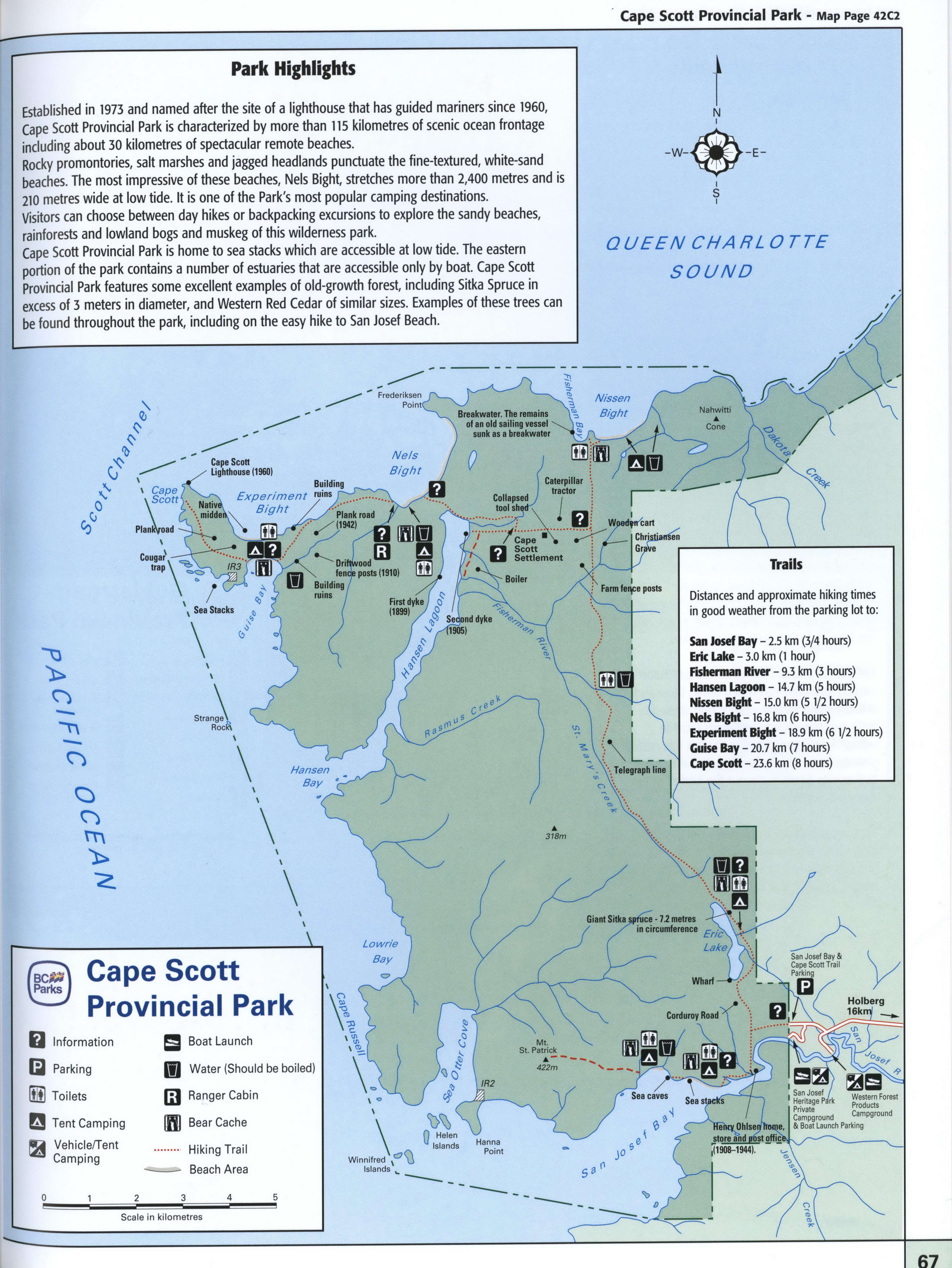 Highlights of Cape Scott Provincial Park
Established in 1973 and named after the site of a lighthouse that  has guided mariners since 1960, Cape Scott Provincial Park is  characterized by more than 115 kilometres of scenic ocean frontage  including about 30 kilometres of spectacular remote beaches.
Rocky promontories, salt marshes and jagged headlands punctuate  the fine-textured, white-sand beaches. The most impressive of these  beaches, Nels Bight, stretches more than 2,400 metres and is 210 metres  wide at low tide. It is one of the Park's most popular camping  destinations. Visitors can choose between day hikes or backpacking  excursions to explore the sandy beaches, rainforests and lowland bogs  and muskeg of this wilderness park. Cape Scott Provincial Park is home  to sea stacks which are accessible at low tide. The eastern portion of  the park contains a number of estuaries that are accessible only by  boat. Cape Scott Provincial Park features some excellent examples of  old-growth forest, including Sitka Spruce in excess of 3 meters in  diameter, and Western Red Cedar of similar sizes. Examples of these  trees can be found throughout the park, including on the easy hike to  San Josef Beach.
Back to content